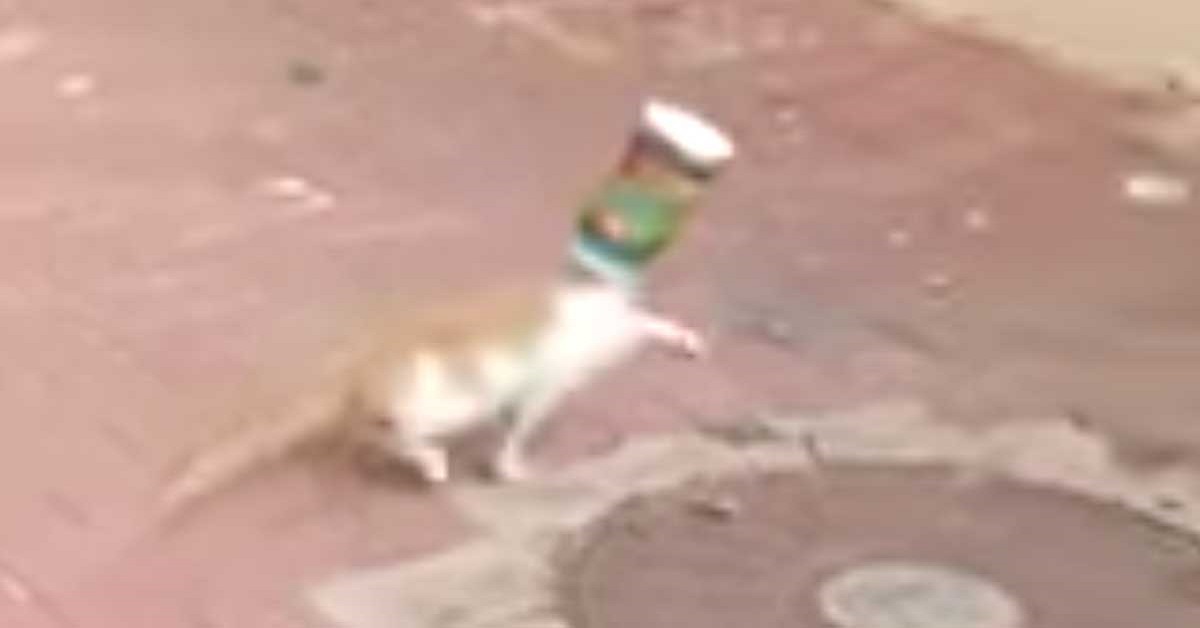 Sadly, So many street animals get themselves stuck in whatever object, which harms them and may even kill them. 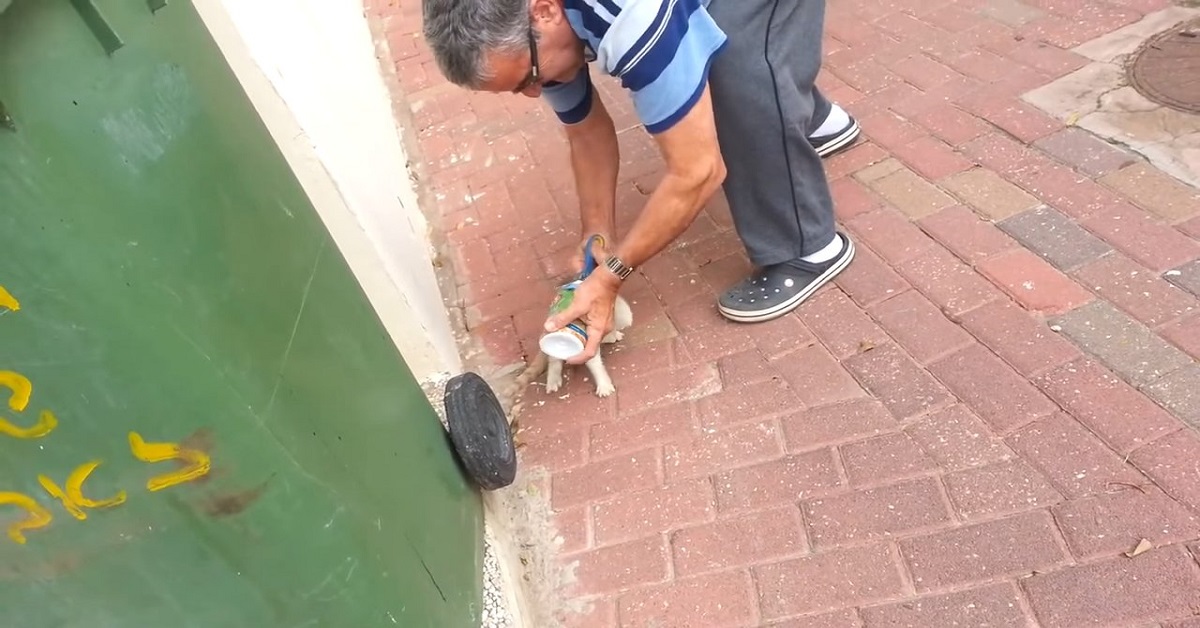 The poor feline was helpless it was disoriented and scared for his life from any voice in its entourage. its little head was stuck in somewhat a drinking can.

The man took a pair of sharp scissors immediately and tried carefully to cut the can open to get the cats head out of it.

He then asked someone who was passing by to shoot the whole act so that he shows it to his family or post it on the internet or whatever reason. 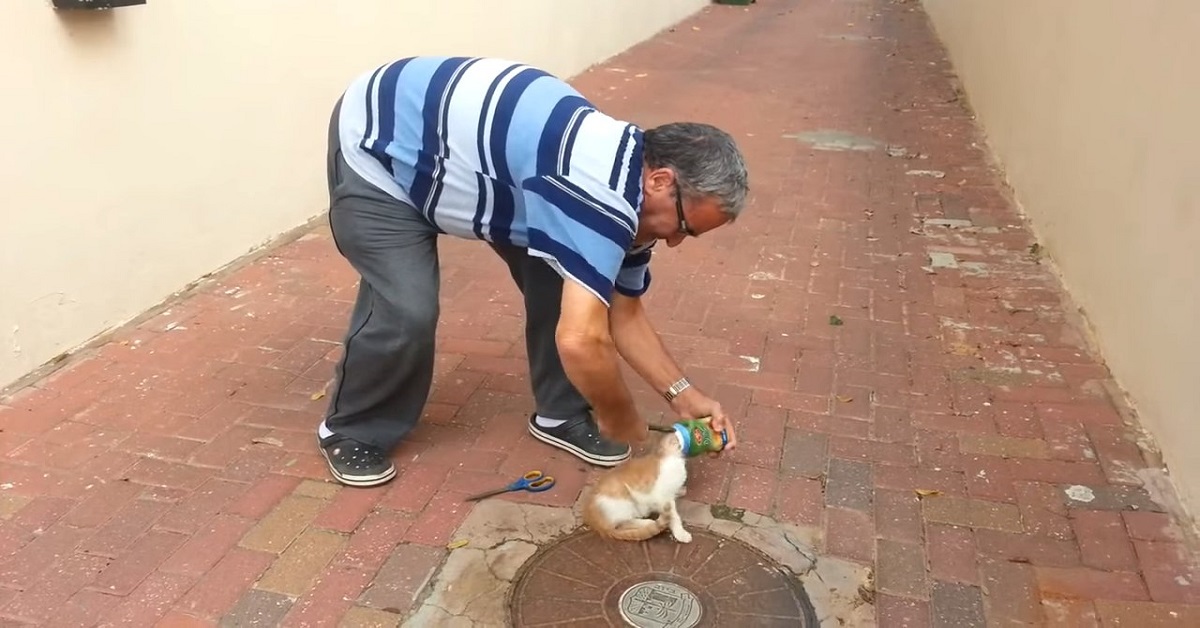 To be honest, a video like that makes you automatically a hero for some of us. Everyone loves animals.

Luckily, The act went right, the operation was successful. He came close to the white and orange cat and carefully cut open the can at first, the cat gets a little upset because naturally, it has no idea what was occurring.

The man couldn’t cut it all open without hurting the little cat, as it jumps of scare trying to escape, but the brave man did not give up. he got closer one more time took the scissors and cut open the side of the can. 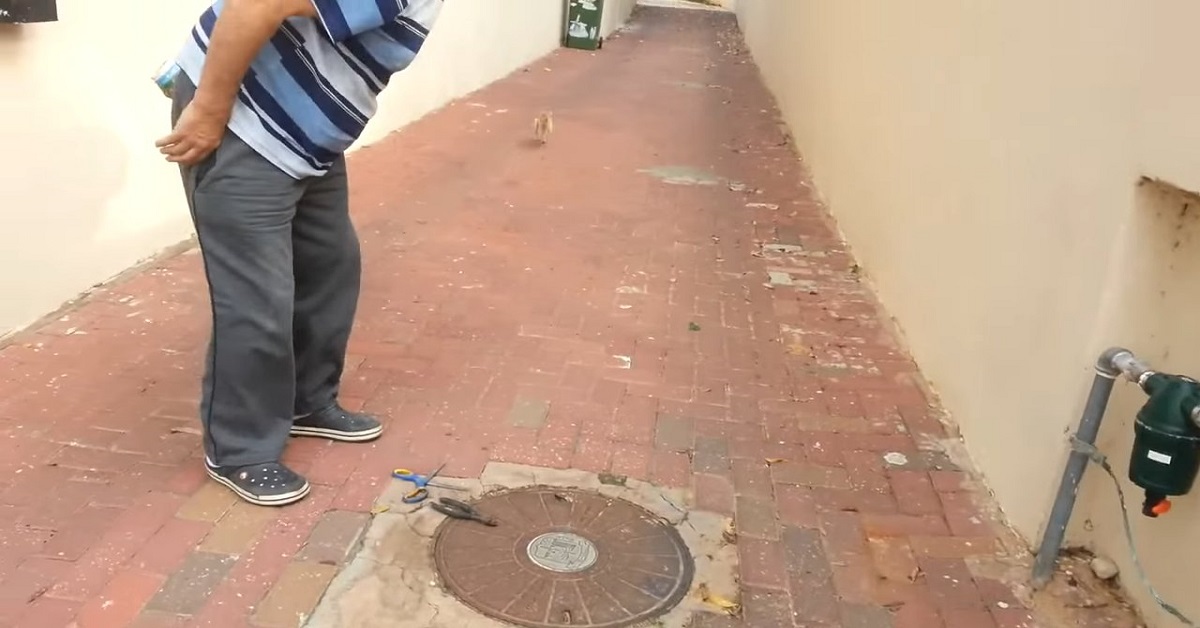 After couple minutes the cat got rescued, he ran very quickly and unfortunately forgot to thank the brave man who saved its life.

Please SHARE this awesome video and show it to your friends and family.